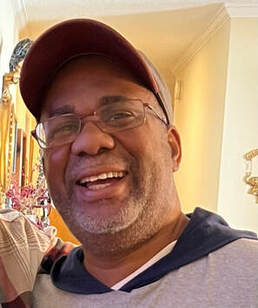 When Ryan Nelson Paryag was growing up in Grenada, he saw many examples of people who gave of themselves without asking anything in return.

His long history of volunteer work at Kingwood Christian Church is proof that he’s meeting that goal.

He handled the church’s AV work for 28 years, after moving to Texas in 1994. He facilitated the installation of the big screens that the congregation now takes for granted every Sunday. He was a licensed electrician in Grenada so he had the know-how when he got here and jumped right into church volunteer life.

He’s also had two stints as the church’s property committee chair, ensuring that everything in and outside of the church buildings is in working order. Property committee volunteers do  much of the work themselves, but hire contractors for specialized jobs.

He also spearheaded a campaign to install a playground on the church grounds, which is now used by children and grandchildren of church members as well as by the groups renting out church facilities.

“At the time, the church was struggling financially. Some people didn’t want change or thought the money could be used elsewhere,” Ryan said. But he was a lightning rod for the project, raising much of the money for it including money from donors outside the congregation.

Ryan threw himself into church work, in part, to establish himself in his new country.

When they first met, he was teaching in the elementary school that she was stationed at to train teachers in language arts. “He was the most interested in my lessons,” Lindy laughed.

They dated for two years, initially thinking that the romance would end when her stint in Grenada ended. But by the end of the second year, they knew they wanted it to continue.

After she came home to Kingwood in 1993, he came for a weeklong visit. He spoke to classes at Creekwood Middle School, where Lindy was then a teacher hired by Charlotte Bilderback, a leader at KWCC and the school principal.

After he came back to the U.S. for good in 1994, Charlotte hired Ryan as a paraprofessional at the school.

“When I came here,” Ryan said, “I knew nobody except Lindy and her family. I had met her parents when they visited her in Grenada.”

Although Lindy had belonged to the church since she was 12, Ryan said “it was important to establish my own identity.” He started by heading a Disciples men’s group that met monthly.

Service came naturally to Ryan. In high school and beyond, he had led a youth group at his church in Grenada.  He also was active in a high school youth group and drama club. And he played sports including long distance and cross country running.

Ryan was the eldest of his mother’s children. All told, he has five sisters and three brothers. He grew up working on his grandparents’ land, where they grew nutmeg and cacao.

His biggest adjustment coming to the U.S. was getting used to the food.

Although he officially became a citizen in 2008, Ryan’s ties to Grenada remain deep.

He visited every year until his mother died in 2002. After that, he returned every other year. And starting in 2012, he led mission trips of KWCC members to Grenada every couple of years. They’ve tackled several projects including constructing school computer labs, building pews for the Anglican church he grew up in, and building a gazebo at a special needs school. The next mission trip is planned for 2024.

Outside of the church, Ryan has been involved in other Grenadian projects. He served as president of the Grenada Houston Association for six years. It raises money for scholarships for Grenadian children and descendants of Grenadians here. The association has a big gala every year and a Memorial Day Weekend picnic as fundraisers.

During the covid crisis, he headed the Grenada In Action: Covid Response Team, working with the ambassador to charter a plane to get Grenadians stranded here home.

All of that is in addition to his full-time job. After working at Creekwood for a year, Ryan moved into the insurance field, first as an agent and then as a compliance officer. He now works for Tata Consulting as a customer service representative.

He and Lindy have two children, Trent, 24, and Chloe, 18. The entire family is musical and has been involved in church bands, the choir, and variety shows. Ryan even played in the handbell choir for a while.

Both Trent and Chloe are musicians. And Chloe, following in her dad’s footsteps, even got a job handling AV at her college church.

Ryan and Lindy have set an example for their kids through their involvement.

“Church involvement is like anything else,” Ryan said, “You get as much out of it as you give. The more you give, the more you receive.”

Ryan’s family and church family have been giving back to him since he had a stroke on Sept. 15. He’s recovering well and is in physical and occupational therapy several days a week.

He was delighted to return to church for the first time Nov. 13, where there were special healing prayers said for him and a few others.

Although Ryan has had to step back from some of his volunteer duties, he has no regrets for the time he’s given others.

He’s not in it for the accolades. “I think most of it is knowing I am able to help,” he said. “I don’t look for any praise. I serve because I like doing it and I know I can do it.”
This is one in a series of occasional profiles, written by Susan Bullard, on members of Kingwood Christian Church. Love 101: Do Your Part.